Reggae Recording artiste Jerome Forde - Jermaine Brinsley Forde, the name given by his parents, was born under the sign of Rueben, first born, for both his parents in London. 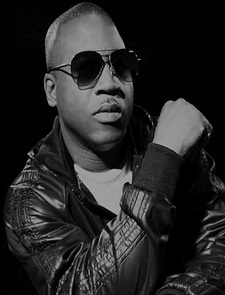 Jermaine spent most of his childhood days growing up on the island of Jamaica, and has blossomed into a musical icon.

Due to his obvious enthusiasm for music, Jermaine received his first guitar at aged 4, as a result of a family history of musical involvement with him being the son of Brinsley Forde (ASWAD) and Step-son Duckie Simpson (Black Uhuru), his association with music in one form or another was destined to follow through.

By the time he got to High School he felt as though he knew enough about many instruments including the guitar, drums and piano, the next phase was to learn about the studio. With his determination to expand his knowledge base, the opportunity arose when his talent was recognized by Castro Brown who invited him to join New Name Studio in Kingston, he began his apprenticeship where he learned his studio engineering skills.

As Jermaine’s success in the entertainment industry began to expand he started to build rhythms and recorded artist including Luciano, Freddy McGreggor,Yasus Afari, Mikey Spice and Nikki Burt. Jermaine again decided to expand his horizons when he began to rap, producing combinations with Yasus Afari namely “Party” and “Rap and Dub”, this also continued with his production of the cover song of Jennifer Lopez “If you had my love” sung by Nikki Burt which also featured him rapping.

The Icon took another step forward when he began producing songs for Pyramid International Records. The first rhythm released on this label consisted of a number of artists and gained him major mileage when Capleton’s song “How Long” swiftly took #1 position on the charts. These songs gained him much recognition and many people were now approaching him to build rhythms. Jermaine was now ready for greater things. His next move landed him at Kingston Muzik a company owned and operated by Peter Blake, there he produced, studio engineered, and built rhythms with many artists including Black Uhuru and Sly and Robbie. He continued to produce and work in other studios in both Jamaica and London, including Big Ship, The Mixing Lab, Stingray Studio and Dub Vendor otherwise known as Fashion.

In 1997, Jermaine returned to London to once again expand his knowledge base and perfect his already established skills in the musical industries. He wasted no time in re-familiarizing himself with London. On approaching Jet Star he was immediately offered a job. He turned things around at this label which had just ventured out into production, after acquiring their new studio. While at Jet Star he was advised by his mother that it was now time to put his skills into his own production as she felt that the recognition for his work was not being accredited to him. It was time to make the decision to take things to the next level. Jermaine had always known that in order to increase his options in the musical industry, he would have to form his own company. With experiences of touring with Black Uhuru, Aswad, Bushman, as sound engineer, and of course the major shows with various artists, in Jamaica and London as sound and monitor engineer had made himself wholesome in the technology of music. Being able to carry out all these skills effectively surely meant he could now venture into a business partnership and apply his acquired skills for better things to come.

The birth of a new venture was created when Colin Aarons, who was already in business of music production, and no stranger to Jermaine and who he had previously made rhythms, along with his mother (Marcia Simpson) his advisor, formed Ajang Music Production (“AMP”). The hard work had just begun, he was the main producer of his own label, the responsibility was now evident, his opportunity was now here to make music that could launch the company to compete with every label, the dreams could now be accomplished and the goals could be achieved.

This was indeed done, the first songs to be released on Ajang Production immediately gained popularity in England and Jamaica. Jermaine continues to work with the best in the business, and had certainly made his mark in giving acceptance to the artists from England who were never given a chance to be heard anywhere else but England. Ajang’s debut compilation CD which was called “Ajang Part 1” has had its follow up with “Ajang Part II” and also the “Ajang Slam”, which featured artists such as Bushman, General Levy, Spragga Benz, Black Uhuru, Dennis Brown, Chrisinti, Nikki Burt, Marcia Griffiths, and Cutty Ranks. In addition to that he then released the Sunshine Riddim with various artists, one can say they all will be well appreciated.

Jermaine decided to take his career even further and started managing Julian Marley coupled with doing house engineering for Misty in Roots, Uncle Jam, and Ava. His latest tours included artist such as Justin Timberlake and Timberland. As he continues to expand his scope in the musical industry and increase his knowledge as well as sharpen his skills that he has gained.

It allows one to say that this songwriter, producer, studio engineer, sound engineer and artist manager has mastered all areas with credits which has made him a force to reckon with. Jermaine’s wings are wide open floating in the skies, with a repertoire that continues to grow daily. In his own words he says “the skies are the limit which is where I wanna be, I wanna make the difference, I wanna be remembered as the one who bridged the gap to make reggae gain full acceptance” and all this dictates the perfection of where Jermaine intends to go.