Reggae Music suffers because of Exploitation,Bad Business Ethics and Dishonesty

Reggae Music suffers because of Exploitation,Bad Business Ethics and Dishonesty - Have you ever wonder why Dancehall and Reggae Music are making it big internationally and not in its homeland Jamaica?. 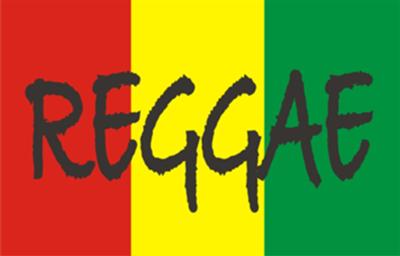 This is one question most lovers of these beautiful genres of music continue to ask almost everyday.

I came across this article on Reggae Radio Irie FM's website which speaks about some of the Major issues which are affecting Dancehall and reggae music.

The Reggae Business Suffers As A Result of Exploitation, Bad Business Ethics, and Dishonesty. Reggae artists, promoters, and business people play a role in stifling the industry's progression. Everyone wants to do things on their own, the team concept of empowering each other is thrown out the window majority of the times.

Artists receive funds and sign contracts for shows and don't turn up, the 15 million dollar suit against Vybz Kartel is a strong example of the lack of discipline in the industry. Promoters sometimes even send money to imposters posing as the artist, a recent promoter from Columbia experienced this when he sent a $10,000 US deposit to a fake.

What about the instances when the artist performs and the promoter doesn't have the money to pay the artist? How can the reggae industry grow with this type of unethical behavior continually looming throughout the business.

This reflects badly on the business and the reputation of Jamaica at large. This type of behavior prevents the type of growth and development that is needed. Instead of Reggae moving forward, it is moving backwards. Millions and millions of dollars have already been lost in the past few years. This is money that could have helped the economy and provide jobs for the jobless.

An upcoming booking agent and entertainment publicist tells us about her experience. "I have been in the business for a while so I decided to do some bookings. I registered my business and over the years, here and there, things started to go through so I decided to get serious with it," explains Olimatta Taal.

"I was introduced to a promoter from Zimbabwe Nhamo Chitimbe and he told me about this Lion Lager Festival in Zimbabwe and needed some artists. I pitched a few artists to him and he decided he wanted Fanton Moja. Caveman was also helping to book artists for Mr. Chitimbe. There was a little misunderstanding with the booking which was caused by Mr. Chitimbe, however after all the papers were signed, Fanton Mojah agreed to pay me for my services, said Taal.

Very upset a disgruntled Taal continues, "I have yet to receive a dollar and he did three shows in Africa, his first time performing there and comes back to Jamaica all in the press about his experience and the person that made it happen hasn't benefited in any way. Fanton Mojah claims to be for the poor and love Africa yet exploits Africa's daughter.

Mr. Chitimbe was also shady and didn't honour aspects of the agreements and signed several contracts with other artist and media personalities who were supposed to be a part of the Festival and never delivered. This caused some of the artists to lose money for local shows they had cancelled for the shows in Africa. Even Caveman ended up being exploited by Nhamo Chitimbe from Zimbabwe," ended Taal.

These examples are just a drop in the bucket when it comes to people violating the principles of the business of Reggae music. It has to be more fluid, ethical, and have protocol, that is if the Reggae Industry wants to see any form of growth and development.

Too many people have suffered and sacrificed for the business to be where it is today. Generations of reggae artists, musicians, and business people have worked too hard to build it to where it is now for greedy and selfish people to tear it down. This behavior is hurting us all and hurting the future of the music and it needs to stop.

What will this generation of Reggae artists leave for the next generations coming? Will there be a real industry or will it die like the veterans that we seem to lose day by day? Let’s be ethical, principled, and unified on all fronts so there is a future for Reggae Music.