Reggae artist Natty King Returns - Not much has been heard from roots singer Natty King in recent years. 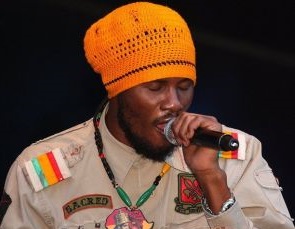 That is about to change as the St Thomas born artiste has released a new single titled I Can See Clearly, on the Once Again rhythm.

It is produced by Stephen Robert, who is based in Canada. In an interview with the Jamaica Observer's Splash, Natty King explained his extended absence from the music scene.

“I put my career on pause to deal with urgent family matters as well as to try to save my marriage, but it didn't work out the way that I anticipated. I had to start my life all over, but I am now ready to do music again,” he said.

He continued, “I am now living in St Elizabeth so I can find peace of mind. I bought some land and doing a little farming.”

Though he was not recording as much as previous years, Natty King kept active by doing shows in Kenya, Guyana, Trinidad, Suriname, and the United States.

He also established his Wellowell Productions label and is constructing a recording studio. He shared the inspiration behind his latest recording.

“I Can See Clearly comes from a personal experience, just listen to the words of the song because it speaks for me,” he said.

Born Kevin Roberts, Natty King exploded on the music scene in 2003 with the hit, No Guns to Town, which was followed by Mr Greedy and Love Me.

His other new songs include Tek it and Gwaan for Frenz For Real.