Reggae artiste Natural Black Returns To Guyana - Mortimer Softley was determined to become a reggae sensation, and, without reservations, he migrated to Jamaica in 1995 to find a way to fulfil his dream.

Softley performed first as Black and White until local musicians dubbed him Natural Black, a name that people grew to appreciate. 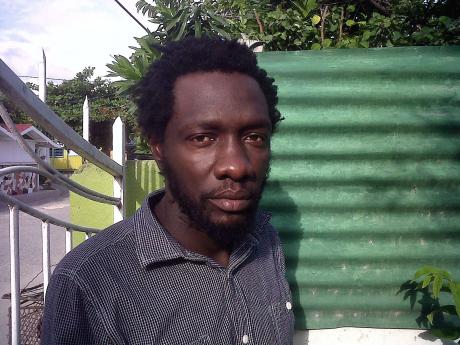 Natural Black told THE WEEKEND STAR that having made up his mind to break into the reggae industry, the best idea he had was to move from Guyana to Jamaica.

"I decided to move, and did so even though I had no family in Jamaica. I made all my connections upon arrival," said Natural Black, who got popular with Far From Reality.

"My dream was to get my songs to be known worldwide. To achieve that, I was determined enough to drive away that far from reality meds."

It took seven years to 'get a buss' on the entertainment scene. The reggae entertainer endured quite a bit of trials while in Jamaica, from working as a welder and coffee picker to criminal allegations.

Now, the singer has returned to his roots.

"My country loves me, and I have returned to Guyana for the past three years," he said.

He explained that his return was not as a result of his trials.

"I returned to Guyana to reunite with my family, friends, fans, and to assist with the growth of Guyana it is needed. I did all these things (odd jobs) in order to feed my family, while pursuing my career," he said.

He said that although he has returned to Guyana, it is still very important for him to maintain a relationship with Jamaican entertainers and the fans in order to properly spread the music and the positive messages.

"As the saying goes, 'each one, reach one, teach one'," he said. "The music of my colleagues in Jamaica, as well as my own has a powerful impact with great cultural influence on my home country. It feels great to be back home."

Now that he is home, he said that his single, Big Aunty, is a Guyanese favourite, and he is currently promoting his album and title single, Eyes A Look.