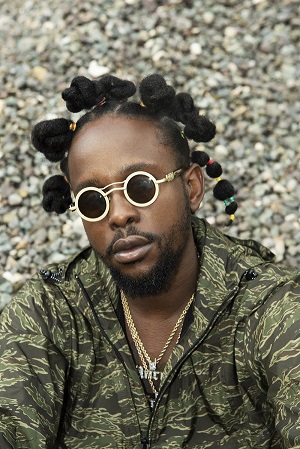 In the time since his early days as Vybz Kartel’s protege and his breakthrough debut album Where We Come From, he has toured with Drake, been sampled by Kanye West, had mainstream hits with Jamie xx and Gorillaz, and released a stream of singles that continue to delight his dedicated fan base in the Caribbean and beyond.

His journey has taken him from a promising young star to the leader of a generation of Jamaican and diaspora artists, a generation that feels their influence reverberate in pop’s continuing interest in the sonic signifiers of dancehall. Forever finds Popcaan grappling with his role as an icon of his generation, and finding his place in a pop landscape that he helped shape.

Like many great albums in the pantheon, Forever is the labour of a true artist, a body of work that defines and defies a genre. More than simply a collection of songs, Popcaan has carefully crafted this album to stand as a significant body of work and yet, it still bubbles over with singles. His storytelling has become further nuanced and kaleidoscopic on this record, with odes to love and relationships sitting side by side with spiritual and familial struggles, cautionary tales of life at the top and, of course, wining anthems.

The care-free Popcaan still rides high, on songs like “Body So Good”, “Wine For Me”, and the afropop leaning “Dun Rich”, not to mention the enviable confidence of “Superstar”.  When he’s not singing for someone else, he is often turning to himself for support - creating songs that act as tonics.  “Firm & Strong” is the record’s most powerful and spiritual offering - backed by a 20 person choir, and a stripped back beat, he creates a mantra for overcoming his struggles. With “A Wha Suh” he talks directly to the listeners on the power of believing in yourself,  while on “Lef My Gun” he celebrates how precious life is.

Popcaan is a first-rate song maker, an artist who can write earworm melodies, hit a tone that can make you cry, coin phrases that no-one else on earth could dream up, and simply give you the gift of enjoying life. Forever is his best work to date, a record that is as much biographic as it is therapeutic, as soothing as it is fun. It is a journey through Popcaan’s life that reveals his pure spirit and his talent as a storyteller like no other.