Reggae artist Nicky B Cooking Up Hits for 2011

Reggae artist Nicky B Cooking Up Hits for 2011 - Though his dream of being a professional chef did not materialize, Nicky B is busy in the studio cooking up sweet-sounding treats that he is ready to dish out for anxious fans starting with his newest single “Golddigger” featuring Elephant Man. 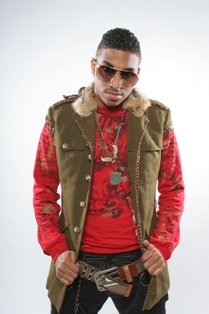 Reggae artist Nicky B Cooking Up Hits for 2011

The 2011 menu also promises collaborations with international artists such as French rapper Rohff, a Stephen “Di Genius” McGregor-produced remake of New Edition’s, 1988 mega-hit “If It Isn’t Love” and a European tour with Voicemail in the summer.

2010 was a big year for Nicky B (born Nicholas Bennett), whose signature Rhythm & Dancehall (RnD) sound was on steady rotation on Jamaican airwaves. Songs such as “Dance Like We’re Making Love/Suga Dumplin” , “Every Gal” (on Russian’s G-Go Club Riddim),
“Crazy Over You” on the Chimney Records-produced Retweet Riddim as well as collaborations including “Try My Love” feat Agent Sasco and “Fresh to Death” alongside Chino, Laden and Konshens ensured that he remained a staple on the musical palette.

Riding on his 2010 success, Nicky B is confident that his collaboration with French rapper Rohff titled “Qui Veut Ma Peau” will be his fourth #1 hit in France.

He scored two number one hits with Martiniqian DJ Lord Kossity’s “Hotel Room”, and “Stand Up”; and his third #1 on the song “Hypnotise” with Parisa. “Paris is like my background, I have a huge fan base there, but I want people in the Caribbean in islands such as Dominica, Antigua, Trinidad, St. Lucia, Barbados the whole region to know Nicky B.

I also want to focus on promoting RnD in the US as well; that is one of the reasons for my remake of the New Edition song.

”Wanting to fuse his R&B sound with the song's original RnB style, Nicky B says Stephen McGregor was the best choice as "he is known for creating multi-genre, hybrid compositions and he can make a wicked combination with my style and the song’s original style." Nicky B who, like McGregor, was raised in the musical industry and is the son of a famous father (producer Mikie Bennett) now share the title of producer.

He is also “very excited” about his second single “IOL (Ingredients of Love)” “Well, it just talks about the different things that love comprises, whether a touch, a
kiss…with this song, I feel like I still get to be a chef after all.” 2011 will also see Nicky combining songwriting talents with Jeremy Harding (producer and Sean Paul’s manager) on projects for other artists, including Sean Paul.

He currently has writing credits on Denyque's “Hooked On Me”. Nicky also plans to re-launch full videos for “Try My Love” and “Every Gal” which were directed by his sister Kimala Bennett and release new videos for his upcoming singles.

As far as live shows go, Nicky B and Voicemail have already confirmed stops on their European tour in France, Poland, Italy and Germany.

The tour will begin in May and end in early July. (504 words) ABOUT NICKY B Nicky B (Nicholas Bennett) was born into the world of music.

The son of legendary Reggae producer Mikie Bennett, he
developed his engineering skills and learned much about the industry from the international artists that visited
his father’s Grafton Studios; Roberta Flack, Cyndi Lauper, Maxi Priest, Beenie Man, to name a few.

Seventeen year-old Nicky laid his first vocals on the hook of Beenie Man’s “This is What it Feels Like” Since then he has embraced his vocal gift and collaborated with a host of other artists such as Dancehall acts Agent Sasco, Ce’cile, Konshens, Chino and Laden.

He has carved a strong niche in the French market with appearances on songs by Rohff, Lord Kossity, Zorro Chang, Fefe Typical Atep, Parisa, Naelle and Goldee. Nicky B has shared the stage with US rappers Lil Zane and Kanye west and performed at mammoth music festivals like Germany’s Summerjam.

Over the years he has developed a signature sound called Rhythm and Dancehall (RnD). And he’s also known for his hallmark Skibidi-bung-bang-beng. His current projects include production and songwriting projects for other artists including Denyque Dontre and Sean Paul.

ABOUT AGSelectPR AGSelectPR is a boutique public relations firm specializing in the Entertainment Industry. The company aims to create and execute successful communications campaigns for its clients.

Central to the company is the goal of relationship building with clients; as well as media sources, that disseminate AGSPR’s releases; and the general public, to whom we are introducing our clientele. The company is based in Jamaica and is a division of On Target Communications Group.