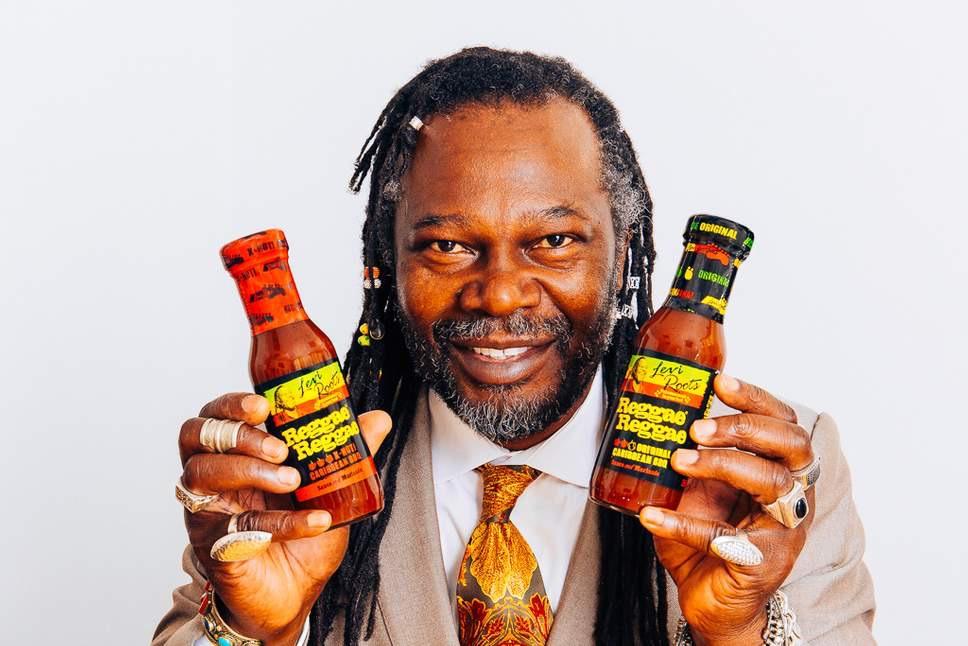 The sauce incorporates a blend of Jamaican jerk spices which was popularized by creator Levi Roots.

The show allows entrepreneurs an opportunity to present their varying business ideas to a panel of five wealthy investors, the "Dragons" of the show's title, and pitch for financial investment while offering a stake of the company in return.

It was on this show that Levi Roots convinced Peter Jones and Richard Farleigh to invest fifty-thousand Pounds in his product for a 40% return from his company.

The sauce gained fame as a result of his memorable television appearance and on 9 February 2007, Sainsbury's were confirmed to be interested in stocking it. On 7 March 2007, the sauce went on sale nationwide.

Harry Hill's TV Burp (also known as just TV Burp) is a British television comedy programme which was broadcast between 2001 and 2012 on ITV.

In 2010 there was a court battle between Roots and business partner Tony Bailey he claimed that the recipe for Reggae Reggae Sauce was his, but lost the case after he could not provide sufficient evidence in court.

Despite Levi saying he wanted the production of his sauce to continue in the UK, production moved from Wales to Poland in March 2007.

Initially, the sauce was carried exclusively in Sainsbury's supermarkets[12] but now many supermarkets in the UK and Ireland stock the sauce.

Since then Levi Reggae Reggae Sauce has been added to:

The range has expanded into other areas such as Levi Roots Jamaica Ginger Cake and Levi Roots Caribbean Crush drink which is sold in mainstream UK supermarkets.