Kiprich is known for his story telling skills and wit into a succession of number one dancehall hits, (born Marlon Plunkett in Waterhouse, Jamaica), He was formerly known as Crazy Kid.

His first hit was "Leggo Di Bwoi" which was followed by "Mad Sick Head No Good" which is a collaboration done with fellow dancehall artiste predator.

Also, he wrote the lyrics for Elephant Man's "Jook Gal", whose remix together with Kiprich himself, Lil Jon and The East Side Boyz entered the charts in 2003 (see 2003 in music).

He has since released two studio albums these are 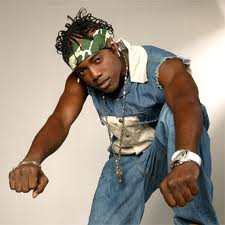 Kiprich wrote Elephant Man’s hit “Jook Gal” and was featured on the remix of the song, which peaked at number 20 on the Billboard R&B/ Hip-Hop Chart.

With the arrival of the new millennium, Kiprich amassed a succession of dancehall hits including “Real Bad Man,” the Jamaican chart topper “Mad Sick Head No Good” (featuring Predator) and one of the biggest hits of the ‘00s “Telephone Ting,” produced by (Shaggy’s manager) Robert Livingston and released on Shaggy/Livingston’s Kingston-based Big Yard label.

“Telephone Ting,” which portrays the problems that arise in relationships due to the sophisticated technology (read: irrefutable evidence) intrinsic to mobile phone usage, quickly attained popularity across Jamaica, then reached number one on the South Florida and New York reggae charts, in the eastern Caribbean island of St. Vincent and in the African nation of Kenya.

The greatest testament to the song’s popularity, however, was the many answer tunes it spawned, culminating in Kippo’s “The Letter,” an engaging country and western-reggae hybrid that cleverly details his return to basic forms of correspondence with his girlfriends, devoid of a digital footprint.

Both songs, featured on his 2005 debut album Outta Road (Big Yard/VP Records), propelled his career to a greater level of visibility while demonstrating the realistic, oftentimes humorous depictions of everyday situations that characterize his exceptional songwriting skills.

“I have written poems from the time I was a child and I knew I could turn them into songs just by observing and being attentive to everything around me.”

He closed out the decade with another number one Jamaican single “Nuh Ugly So” (featuring deejay Black-er), a comical, upbeat tribute to women sung to a traditional Jamaican mento rhythm, which earned him two nominations (“Male Deejay of the Year” and “Collaboration of the Year”) at Jamaica’s 2010 Excellence in Music and Entertainment Awards (EME).

With his dancehall fan base firmly secured by more than 10 years worth of hits, He was encouraged by the vision and proven success of Togetherness Records, is now concentrating on penetrating the musical mainstream.

Kiprich - Call Me Official Music Video Not rated yet
The long awaited video for veteran dancehall entertainer Kiprich is now out. The single titled "Call Me" is produced by Big Zim Records. The video was …

Dancehall artiste Kiprich calls fellow artists Ninjaman, Cobra hypocrites Not rated yet
Following the release of a video posted on Youtube where both Ninja Man and Cobra are featured in studio bashing Kiprich for his loss against Ryno at Sting, …

Kiprich - Cant get Weh (black ryno diss) Not rated yet
Dancehall artiste Kiprich is still smarting after he was defeated by Black Ryno at the recently held Sting 30 stage show in Portmore, St Catherine, Jamaica. …

Skarra Mucci feat. Kip Rich - Love Mi Fi Me Not rated yet
Reggaeville and Oneness Records are proud to present the first single from the upcoming Reggaeville Riddim selection. LOVE MI FI ME by SKARRA MUCCI …

Kiprich in Ghana for December 2011 Not rated yet
Dancehall artiste Kiprich will be leaving the Island in another couple of weeks for his first tour of Ghana. He should be performing in Ghana in the …