King Addies - It's been an iconic month for the sound system industry, as two giants have joined forces; Caribbean entertainment gurus Irish and Chin and legendary "Kings of Clash" King Addies. 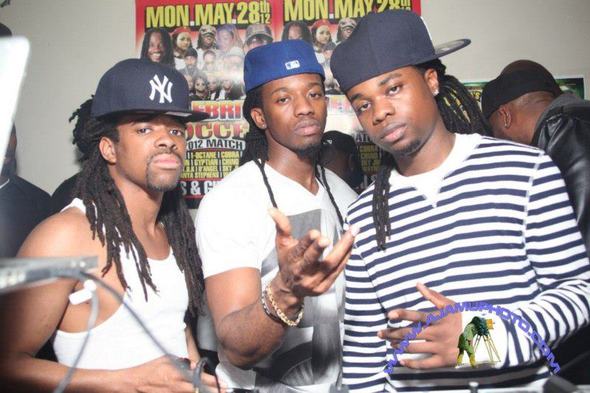 The announcement has created an enormous buzz among sound system and dancehall fans, especially diehard Addies followers. Irish and Chin's addition of King Addies to their management roster further solidifies the goals of their Campaign R.E.S.E.T. (Restoring Exciting Soundsystem Entertainment Together), namely the aim of creating a unified playing field for clash and juggling sounds.

"I am more than honored to be officially working with King Addies, a sound that I grew up following and emulating when I was young," says Garfield "Chin" Bourne of irish and Chin. "I have the utmost respect for King Addies. Frankly, everyone on my team is excited about this addition to our management roster and prides themselves with the role we will play in their growth."

This historical sound should be afforded infinite opportunities based on their undeniable impact on the Caribbean diaspora. Among numerous accomplishments, Irish and Chin has successfully marketed and managed Mighty Crown for over 13 years, resulting in global exposure, huge endorsements and high profile performances. The Caribbean entertainment firm plans to create a marketing strategy for King Addies, which will enable them to reach their full potential.

"I own one of the world's greatest sounds. King Addies is my lifelong investment and passion and I would like to see my sound remain relevant for years to come, " says Eton, King Addies' Owner. "Working with Irish and Chin is the best way to move forward."

Without any question, King Addies is credited for being the "architect" of high caliber style clashing. Their intense activity and track record during the Biltmore "Golden Era" of sound clash (a period in America that ranged from the 80's to the 90's) is unprecedented and heralded by nearly every selector, sound system and clash fan in the arena.

It's King Addies style that has served as the blueprint for American clash culture. The future of King Addies sound is just as bright as it's illustrious past.

The sound has been refreshed with new faces that boast the talent and skills to carry on it's huge legacy. The sound's lineup includes King Pin, Killa Bo, A1 and Swugee Don.

ABOUT IRISH AND CHIN

Irish and Chin runs a Caribbean entertainment empire, with a sound system foundation. The company offers clients management, marketing, publicity and promotions under one umbrella. For more than 10 years, Irish and Chin has managed Mighty Crown, playing a significant role in their successful career.

Praised for their big league sound system competition "World Clash" (Canada, U.K., Antigua) and other signature events like "Death Before Dishonor," "Reeewind," "45 Shoot Out," "U.S. Rumble," "Battle of the Legends" and more, Irish and Chin has made quite a name for themselves as reputable promoters and event producers.

In 2009, Irish and Chin added theater to their growing resume. With this expansion, Irish and Chin has made a significant impact on Jamaican theater in the U.S., exposing thousands of theatergoers to top notch Jamaican "Roots Theater" plays.