Kenya Dancehall Artists Making It Big - Officially the first Kenyan artiste to explore the international ragga and dancehall market, Redsan, who started out as Chameleone’s back up singer, contextualised his art to fit the rich, nostalgic Kenyan market in the Diaspora.

He has numerous chart-toppers to his name like Step on It, Julie, Raha, Chicken and Yule Pale, making him the latest big musical export, although he, ironically, rarely performs in the country. 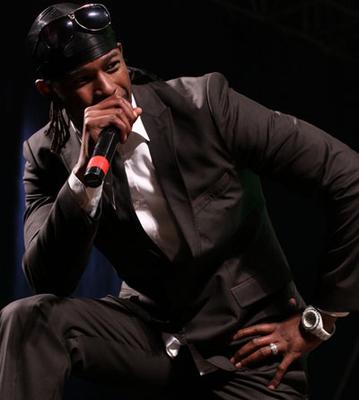 Redsan and Demarco did the remix to Badder than Most, one of Redsan’s most successful singles. Demarco was so impressed by the song that he promised to promote the single in mainstream Jamaican radio and other outlets. Demarco is currently the biggest dancehall artiste with hits like Steady Whine and My Life and is currently working on other projects with Redsan who will be visiting Jamaica later this year after his summer American tour. Redsan’s new album, Badder Than Most, is set for release next month and features hard and rhythmic dancehall tunes. It will also have collabos with Nonini and Naila Thourbourne of the duo Brick and Lace among other top artistes.

He has started a studio, Dutty Sounds, and signed other acts like Proff.

With Nakupenda Pia currently ruling the airwaves, Wyre has bridged the international barrier, having worked with Cecile, Gramps and Peter Morgan, Bebe Cool and now the beautiful Alaine.

In between, he won the Best New Entertainer award during the International Reggae and World Music Awards (Irawma) ceremony held in Florida where he also performed — among other accolades.

Starting out as a singer and rapper in Necessary Noiz, Wyre has, in the recent years, chosen the Caribbean art, oscillating between reggae, dancehall and ragga. He fuses Swahili, English and Jamaican patois in his songs.

The first lady of rap has never shied away from showing her preference for reggae, complete with her trademark dreads and turban. With songs like Bless My Room in Necessary Noise, Fire Anthem and Kube with Wyre and Bebe Cool in the award-winning East African Bashment Crew, Nazizi has also released her own songs, including the popular Jump and Shout. She has also worked with Jamaican reggae star Ginjah on a joint album, Motherland. She has more than 17 awards to her name.

With the release of On Fire, Shamir was for months, the darling of the airwaves. The Love Song, released in 2007, was a masterpiece, done in English and with pure soulful reggae beats that got noticed even in the Caribbean peninsula.

As early as 2006, Shamir, who has Muslim roots, had worked with Burning Spear and a band, Bad Man College. With the release of an album and singles done under Grandpa Records, his second coming is expected by his loyal fans in the reggae industry.

Hope Kid
With the release of Dream and Holiday, Hopekid has become the latest sensation, with Holiday winning the 2013 Groove Award for Reggae/Ragga Song of the Year. He does not shy away from creating an identity, singing in Jamaican patois. He was one of the artistes who jumped on the customised Kenya Airways riddim that fellow artiste Dafari got from the United Kingdom.

The young artiste, whom some predict will one day become bigger than his uncle Wyre, has already got the attention of the international market.

Last year, the artiste, whose jams Bounce and Mi Love Yuh have a distinct Jamaican feel, got signed by Miami-based Champion Squad, a unit of deejays that specialise in ragga, dancehall, reggae and makes its own riddims.

Nominated for CHAT Awards last year as Best New Artiste, Versatile was dubbed by an international website, Islandtmz.com, as the artiste to watch in 2013.

“Champion Squad hooks me up with the latest riddims and producers. They also push for me to feature in medleys alongside big artistes,” the 21-year-old says. Last year, he featured in Sweet Reggae riddim with the song Sweet Love, A-Z riddim with Turn Up and the Shell-Born riddim with Mi Love Yuh.

His most recent works which include Ni wewe and Hand ina di Air and has more than 20 songs for his Determination album.

Luta is the hot newcomer in the Kenyan dancehall world. The Studio-22 Unit rising star behind popular singles like Chronics and Vybes is a versatile dance hall singer whose style blends a Kenyan feel in the Jamaican laced lyrics.

“I have a lot of respect for the likes of Redsan and Wyre and popularised local dancehall beyond the continent. It is about time we took it to the net level,” he says.