On Friday, June 1st, 2018, New Zealand roots reggae ambassadors KATCHAFIRE released their new ‘Legacy’ album to rave reviews while hitting No.1 on the NZ iTunes Album Chart and No.1 on the US iTunes Reggae Chart!! (via Universal NZ / Zojak Worldwide). 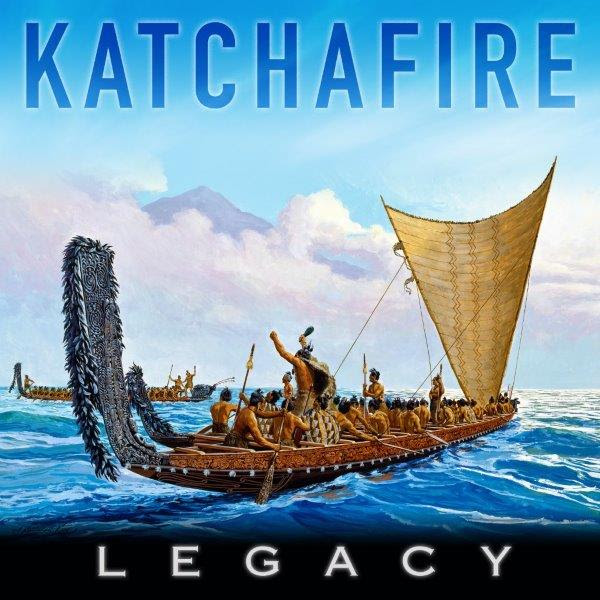 "With Legacy, Katchafire continue their conscious journey through space and time, adding their very own flavour to the universe of Reggae music. Their growing popularity both home and abroad will ensure that their feel-good-vibe is available to many concert- and festival-visitors around the world. You better catch this fire!“ - Gardy Stein - Reggaeville.com (Germany)

The exciting and fresh ‘LEGACY’ album delivers messages of love, hope, togetherness, and family; Permeated with 12 songs, the album was recorded in numerous studios around the world from New Zealand and Australia, to LA, Hawaii and Jamaica. While the cover art displays the remarkable works of Hawaiian artist Herb Kane’s “War Canoes Of The New Zealand Maori”, ‘LEGACY’ credits such notables producers as Clive Hunt, Bulby York, Dean Fraser, Rohan Dwyer and Notis Heavyweight Rockaz from Jamaica and James Bonzai Caruso of USA.

"The all NZ group of reggae rockers have an authentic reggae sound unlike anything I have heard in modern music. What I love about the fifth KATCHAFIRE album LEGACY is that whilst sticking heavily to their reggae roots, they seamlessly blend genres of RnB, Jazz, Pop-rock, Big-Band, disco, funk and Soul throughout the 12-tracks". - Brianna Denmeade, Amnplify.com.au (Australia)

The band who recently was honoured with a nomination for Group Of The Year at the inaugural Island Music Awards in Hawaii, will embark on their "Legacy Love Today Tour" in the USA mainland for a 33 date tour in June/July before heading to Hawaii. Australian dates in October/November will be announced soon.

With a befitting title, Legacy aims to offer music that is sure to stand the test of time.

There is no stopping the ‘Fire!!