Jamaica's Reggae Sunsplash Is Back November 2020 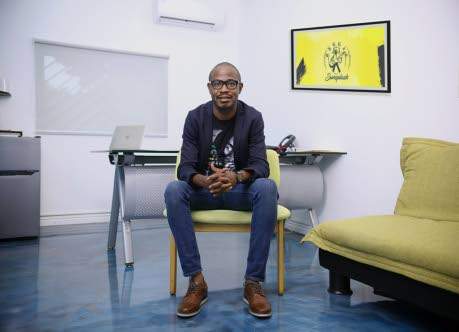 The event is being organised and produced by eMedia Interactive Group Ltd, whose CEO Tyrone Wilson is executive producer.

Organisers promise two nights of performances at the expansive Grizzly's Plantation Cove in Priory, St Ann, followed by a wrap party at Puerto Seco Beach in Discovery Bay on the final day.

For Wilson, Reggae Sunsplash 2020 will bring a diverse package to local entertainment.

“We don't want to separate the reggae from the dancehall, but rather push the era. So on night one, we will feature artistes whose music was popular before the year 2000. We have not finalised the line-up as yet; we're still working that through. But on that night, you will see people who came through in the late '80s and early '90s, up to late '90s, when dancehall music started to move into the digital era,” he told the Jamaica Observer. “On the second night, we will see the new era, the flavour that we're listening to now, the people who are pushing the boundaries of our music around the world.”

The Sunsplash 2020 team is deep into preparation for the event. Wilson said he is finalising plans with an unnamed international partner/sponsor and has contracted the services of booking agent Headline Entertainment, whose principal Jerome Hamilton has already begun discussions with artistes who are likely to perform.

While there is no definitive roster of acts for the festival, Wilson and his team have not ruled out the possibility of overseas artistes.

“There are so many new artistes breaking out on the scene who have expanded the appetite for our music; we have some breaking into new markets, and when you look at Reggae Sunsplash historically, it has long been that kind of platform that created a big stage for upcoming acts. So we have a hard task ahead of us, in terms of figuring out what our line-up will be. However, the truth is, we have a really talented pool to choose from,” he said.

The Sunsplash team is not concerned about rival festivals. Wilson believes that because Jamaica is the birthplace of reggae music, there should be more such events and, as a result, he will not be holding acts to exclusive contracts.

“In order for us to constantly get music at the quality to be entertained by and also export, we need to create an environment where artistes can also earn by performing at multiple festivals.

Some people might take the direction of exclusivity, and you can't blame them; that is their business model in order to ensure sustainability of their event,” Wilson said. “For us, we are looking at how does everybody win... promoters, artistes, event producers, vendors, everybody.

We want to create the environment where there is a festival industry. If reggae is going to continue to be where it's at and to churn out more talent, we need for the artistes to be performing and we have a responsibility to create that for them here at home,” he added.

Return to Reggae Sunsplash from Sunsplash is back November 2020 page