Dujon Edwards more popularly known as Jahvillani is a multi-faceted recording artiste and songwriter based in Montego Bay & ST.Ann, Jamaica. 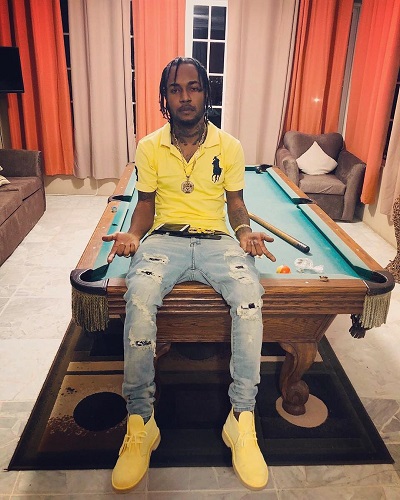 Armed with a plethora of lyrics, talent and the aptitude to excel, he aims to give listeners a euphoric feel each time they hear his music.

By the time Dujon Edwards graduated from Ocho Rios High School, St Ann, in 2011, with seven CSEC subjects, he had already settled on his career choice. Four years later, Edwards, going by the stage name Jahvillani, learning his craft to be a promising deejay.

The deejay's musical journey started in primary school when he was 10 years old and loved to create beats on the desks in his classroom. Spurred on by encouragement from family and friends and heavily influenced by dancehall stalwarts such as Buju Banton, Vybz Kartel and Shabba Ranks, Jahvillani firmly committed himself to do music.

Since then, Jahvillani has been busy in the studios. working with producers Tevino of YGF records, Hemton Music, Dancehall Promo, Sunshine and Northcoast Entertainment which later led to the formation of his team to continue the growth in his career .

Career on The Rise

He rose to prominence in 2018 with hits such as: Wileside Government, GAD , Nuh Reason, Generals featuring Chronic Law , Gun Song .. establishing him amongst The 6ix and new generations artistes to break out of Jamaica . Since then, he is a top pick for every school shows , has been headlining shows such as ' Brit Jam ' Igloo , Western Summer Jam throughout the island .

He is off for a Caribbean tour starting in Trinidad in April of 2019
set to debut on Reggae Sumfest 2019 on Dancehall night 1 .