Ishawna Inks Movie Deal with Royalty and Respect Films - Ishawna will soon be making her feature film debut as early as next year.

The dancehall deejay has been approached by an American independent film company, Royalty and Respect Films, to be a lead actress in an upcoming project.

When the Jamaica Observer contacted Monty Green, CEO of Royalty and Respect Films, he said he was pleased to have Ishawna on-board.

“Ishawna is multifaceted and multi-talented and a real natural. We know she will be a good fit for the movie and we are looking forward to filming with her in Jamaica and hopefully in the USA as well. 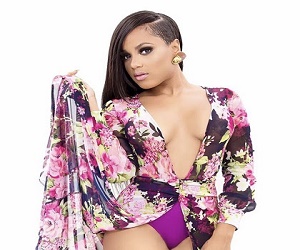 We spent some time in Jamaica last year scouting locations, and we heard about her and approached her because we want to use people who know the culture and are instantly recognisable with the public,” said Green.

The CEO was tight-lipped about the flick, but revealed that Ishawna would be cast alongside a dancehall deejay.

“It' s a real rags to riches story, rooted in the gangster and drug culture of Jamaica. The script is not finalised yet, but we hope to start filming before the end of this year,” said Green.

The three-year-old Royalty and Respect Films' last project was Lost (2017) which was recognised by the Filmmaker International Film Festival Award in London in February.

Ishawna said it was an “honour to be cast in a movie”.