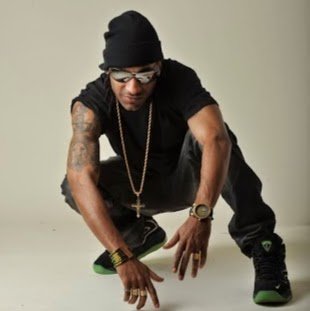 Coming from Humble Beginnings, G-Terra is very passionate about music and has been doing it for years, achieving a new level of diversity.

Different sounds & styles of writing. Starting out at an early age, Terra wrote songs & entered Talent shows all over Spanish Town. He Consistently focused on Music as a Young man until friends became very interested & started asking to hear songs on a daily basis.

The Word quickly spread around St. Jago High School, where he attended & did most of his early songwriting. A Group was Formed by G-Terra & High school friends Ricardo Redwood & Dwayne Lloyd called The Fross Crew. They wrote songs together & performed in Local & Popular Clubs in Jamaica.

The Group Split Up soon after due to work issues, when G-Terra Moved from Spanish Town to Miami, FL USA where he got his 1st job as a painter, & then signed up to attend Broward Community College & pursued his Business Admin degree, while holding down a job at UPS. G-Terra also worked at KFC & Hilton Hotel in Lauderhill, FL but Still fell short on the second semester of College because of the Party Lifestyle he lived in Florida.

G was Kicked Out Of The House by Family Members (Cousins) he stayed with & had to sleep in his car for a while homeless, shortly before joining the US Army as a way to establish himself & not be dependent on anyone. The Music Followed Him wherever he went as he never stopped writing songs. The Inspiration was overwhelming & No One Really Knew that he was a walking Jukebox then.

A very diverse artist That loves writing music in different genres G-Terra is never stuck in the box when it comes to Music Releases. Being a Traveler since childhood, he adopted to being an all round Songwriter because of the Love for all types of Music.

Definitely One Of the artists to watch right now, especially with Reggae/Dancehall falling from the U.S everyday radio play. There was a huge void left in that particular area of Music & It Is now Filled by someone who watched it from the Ground up. G-Terra is a Music Connoisseur & has studied the greats from childhood.

With Bob Marley as his #1 Mentor G’s Music doesn’t fall short from the word remarkable. All it takes is an open mind to listen & usually the listener is hooked. The professional songwriter knows how to catch the ears of anyone who has the time to Push Play. Just try it for yourself,
G-Terra released his Album called ClockWork in 2014.

Pull it up & press play, The Proof is in The Pudding.