Foota Hype Dancehall Reggae Sound system selector - Foota Hype is one of the most ratid and controversial selectors in Jamaican dancehall music history. 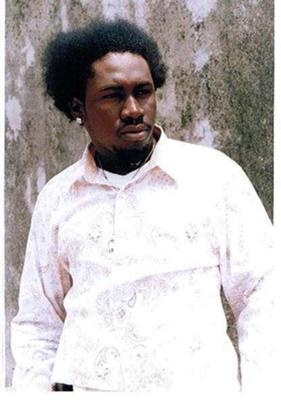 In Jamaica where selectors spend several years trying to make their name known to the dancehall audiences, Foota Hype’s exploits have earned him a renowned name plus a tight following in relatively record time. His face pops up on the posters for major stage shows and concerts all over the world. Known for bravado and comical expressions on the microphone, Foota is a crowd favourite in the expansive music loving communities across the country.

He unofficially started his career as Oneil Thomas while a student at Calabar High. Though he was not active in the business at that time, his father was a selector on the Singer Tone sound system. He therefore had no choice but to see the turntables at work, and to experience the joy that playing tunes for the masses brings. His father’s skills were apparently passed on to him, but on the verbal side at first.

Foota found himself mastering the art of debating forcefully among his friends, and was known to have an answer for everything. These were the building blocks of his verbal assaults he is known for while selecting. By the time he was 13, Foota found out he could rhyme, and write, but rather than become a deejay, he chose to pursue selecting. “I can rhyme good and write tune but it was not in me to deejay it back. Mi strength is in debating, but who knows. Maybe mi no see it yet,” he states.

His turntable duties started on the Twilight sound system, which back then had the basic set up of two turntables, a mixer, amplifiers, and three boom boxes. Nothing was basic about his experiences though. Foota was schooled on this sound system. He learnt how to interact with his audience, and how to judge crowd reactions to his tunes.

He learnt how to play a complete set starting at a slow pace and building things up to feverish excitement.

With this experience, he steadily built up his reputation, moving from community to community in Kingston’s innercities, where dancehall music’s harshest audiences live. With the popularity came offers to join other sound systems, but he never accepted any offers until he moved to Melody One.

Melody One is owned by singer Leroy Sibbles, and with the links Sibblies had in the business, it wasn’t long before he was mingling with the likes of several leading deejays, among them, the fiery Bounty Killer. The two had matching interests, and over time eventually became friends.

Things slowed down on Melody One over time, and Foota started hunting a suitable system to work on. He approached several with his demos, but none seemed willing to use him because of full rosters. Friends in the business encouraged him to go solo, a risky trend which had ruined other selectors. It was not until the duo Razz and Biggie along with Bounty Killer encouraged him to venture out that he considered it seriously.

He launched out after 2001, and has not looked back since then. Presently Foota Hype is doing some producing. He is known for producing the infamous "Gully Creature Riddim", which features artists such as Bounty Killer, Mavado and Wyclef Jean just to name a few. He's currently working on some new projects. "I just produced a single called "For you" which features my artist Ishawna and Demarco and it's doing well so far".

The single has more of a cross over appeal, which shows his versatility as a producer. Foota hype is not ready to slow down anytime soon as he will be putting out a one drop and a dancehall juggling by christmas.