Delivering her irresistible slice of summer, fast rising singer/rapper Alicai Harley has unveiled her brand-new single ‘Naah Done’, a melodic release tinged with the Caribbean influences that have organically inspired the South Londoner since her birth in Kingston, Jamaica.

With ‘Naah Done’ shaped up to be a guaranteed party starter and an assured Carnival hit, Alicai is authentic and raw in her lyrical delivery, the production also bringing an uplifting energy that fits in perfectly with the current climate of UK music. 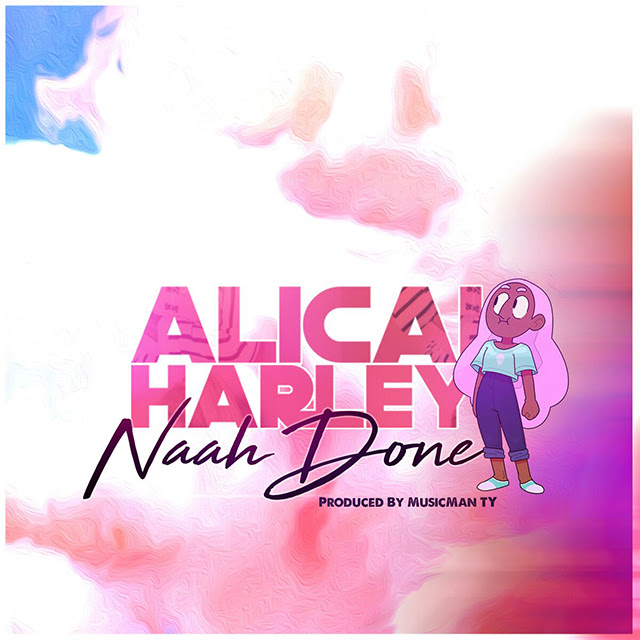 A dancehall artist with strong musical interest from a young age, Alicai released her debut EP in 2012, when she was just 16 years old. Certainly never one to lack confidence, she titled the release ‘I’m Gonna Make It’ and soon won the Open Mic UK event for best original song, releasing the track on iTunes under the moniker ‘Palidz’.

‘Naah Done’ follows Alicai’s success with her critically acclaimed previous singles. Her track ‘Gold’ received a wealth of support across BBC Radio 1 & 1Xtra, with the likes of Seani B, David Rodigan, DJ Target, Mistajam, Toddla T, Trevor Nelson, and Charlie Sloth all spinning the release, alongside plays from Capital Xtra’s Manny Norte and Ras Kwame. Meanwhile, her more recent release ‘Killa’ was playlisted by 1Xtra and Kiss Fresh and BBC Introducing Record of the Week at BBC Radio 1.

Having played at The Great Escape in Brighton last month alongside a wealth of the industry’s biggest up and coming talent, Alicai Harley has spent the last few weeks on tour around the UK with BBC Introducing, following the BBC’s consistent support around her previous two singles.

With some exciting tour dates over the next few months and promise for more new music, the plot will continue to thicken for Alicai Harley throughout the summer, starting with the release of her infectious new track ‘Naah Done’. The single is released via LAG and AWAL/Kobalt.