Dubstep is a genre of electronic dance music that originated in South London, England.

It emerged in the late 1990s as a development within a lineage of related styles such as 2-step garage, dub, techno, drum and bass, broken beat, jungle, and reggae. 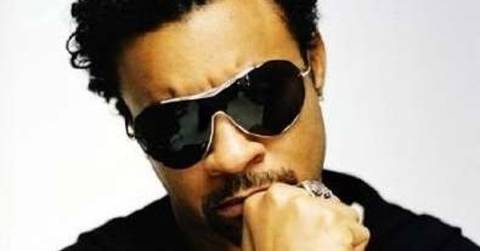 In the UK the origins of the genre can be traced back to the growth of the Jamaican sound system party scene in the early 1980s. The music generally features sparse, syncopated drum and percussion patterns with bass lines that contain prominent sub bass frequencies.

The earliest dubstep releases date back to 1998, and were usually featured as B-sides of 2-step garage single releases. These tracks were darker, more experimental remixes with less emphasis on vocals, and attempted to incorporate elements of breakbeat and drum and bass into 2-step.

In 2001, this and other strains of dark garage music began to be showcased and promoted at London's night club Plastic People, at the "Forward" night (sometimes stylised as FWD>>), which went on to be considerably influential to the development of dubstep.

The term "dubstep" in reference to a genre of music began to be used by around 2002 by labels such as Big Apple, Ammunition, and Tempa, by which time stylistic trends used in creating these remixes started to become more noticeable and distinct from 2-step and grime.

Mungo's Hi Fi are a dub reggae, dancehall and dubstep soundsystem in the original roots tradition based in Glasgow. Tom Tattersall, Douglas Paine and Craig Macleod debuted in 2001 with Wickedness feat Brother Culture on London’s Dubhead label, taking the dub world by storm and getting heavy plays from Jah Shaka and Iration Steppas.

The group broke through into dubstep proper with the inclusion of the Mungo's Hi Fi track "Babylon" on Appleblim’s Dubstep Allstars: Vol.06 in late 2008. In January 2009 the crew released this track on vinyl as the first release on their new dubstep imprint, Scrub A Dub.

[Mungo's Hi] Fi have received attention from DJs such as Mr Scruff, Andy Weatherall, and the late great John Peel, who have all championed their sound. Mr Scruff went on to include Mungo's Hi Fi's "Ing" on his 2005 Keep it Solid Steel mix released on Ninja Tune. After three outings on the Dubhead label including their 2002 album, Mungo's Hi Fi meets Brother Culture, they set up their own imprint in 2005 — Scotch Bonnet Records. In 2008 the Mungo's crew released their first long player on the Scotch Bonnet label, Mungo's Hi Fi – Sound System Champions, which is an ensemble album featuring an onslaught of world class MCs & singers (Ranking Joe, Top Cat, Tippa Irie, Kenny Knots and more).

The recordings are made in a purpose built studio powered by the same enormous, homebuilt p.a. as their live performances, pushing their productions continuously past reggae boundaries into new frontiers.

Mungo’s Hi Fi hold a monthly residency at the Glasgow School of Art, and have been running their legendary Dub and Grub nights weekly for eight years. They regularly tour Europe and the festival circuit.

Dubblestandart is a dub band from Vienna, Austria, which was established in 1988 by the bandleader Paul Zasky. The band is known for its energetic live sets, which they call Hi-Energy or 21st Century Dub Dub. Increasingly popular ever since the mid 90s they have played numerous concerts in Europe, Canada and the United States.

In addition to their activity as a live band or backing band for Lee "Scratch" Perry, Ari Up, Dillinger, Topcat or Lily Allen, they have made 11 studio albums, 10 or 12-inch Maxi CD-recorded music as well as various remixes for Waldeck ElodieO or published. Their most successful album Return From Planet Dub, which was released in 2009 and with Lee "Scratch" Perry, Ari Up & Gudrun was produced.

Dubblestandart has worked on past releases with a number of renowned international singers, musicians and producers. These include Sly & Robbie, Mad Professor, Lee Scratch Perry, Ari Up, Dillinger, Sounds From The Ground, Dreadzone, The Rootsman, Manasseh, Keith LeBlanc, Mark Stewart, Supermax, Subatomic Sound System, Jahdaan Black Amore, Doctor Marshall, Ken Boothe, Devon Denton, Topcat, Vienna Scientists ao On the album Return From Planet Dub is also represented as guest vocalist film director David Lynch on the number Chrome Optimism, which is a dub-reggae treatment of Jean Michel Jarre Oxygen is Part 4. With Lee Scratch Perry and Ariup they have been together in 2009 a concert at Central Park Summerstage in New York City, which marked a high point of her career.

In 1992 Dubblestandart had worked for the first time with Lee Scratch Perry. Then followed a trip into the more pop-oriented direction with the album Egalica, appeared on the then published in Austria is very famous Gig Records label on which Markus Spiegel, the first productions with Falco. The album got released at Gig in the Austro Top 40 of the 1994/95 two top ten places. Dubblestandart was discovered in 1992 by renowned music journalist Walter Gröbchen when they won the DJ competition at that time in the Austrian popular music radio station Ö3 single Independend that cover radio show Musicbox.

Return to Dancehall and Reggae Music Homepage from here