Dancehall Artist Chinsu pleased with 'Mi Have the Leathering' reaction

Dancehall-reggae artiste Chinsu is pleased with the reaction to his latest musical release, Mi Have the Leathering. 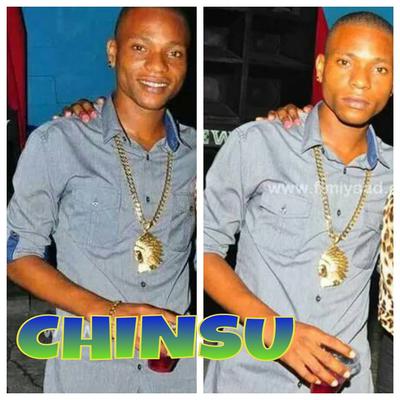 Dancehall Artist Chinsu pleased with 'Mi Have the Leathering' reaction

"It's a good look. my management came to Jamaica and shot the music video because of the buzz it has created out here, and that video will be released next week," Chinsu said.

In the meantime, the single has made the top 10 in week 35 on Jango radio. Chinsu's manager, Debbie Duran,owner of Davgion Music, areggae record label in Maryland, is enthusiasticabout his progress so far.

"Dalton Leith has been tremendous mentor in Chinsu's career, giving him a lot of support for his song. The moment he heard his voice and lyrics, he felt compelled to let others hear the young artiste's sound. Since that, he has done interviews on radio with Roderick Howell of HITZ, everyone is so impressed with him," Duran said.

"We also have an up coming duet called Real Hard, produced by Doc Marshall and scheduled to be release in December," Duran said.

Chinsu, real name David Bailey, was born on March 24, 1991. He grew upin Spanish Town, the only boy among four sisters, and he spent his spare time writing songs.

Earlier this year, the Davgion label released an EP with four singles. The songs were Wall Paper, When Yu Wine, Run Run and Me Have the Leathering.

“The song, Mi Have the Leathering’ took off because of the great airplay and promoters in Baltimore heard him and booked him to open form Beres Hammond on August 10. 2014 but he didn’t get his visa in time. But we have pushed on with the promotion and we expect big things in 2015,” Ms. Duran said.