This was the fifth nomination for Popcaan, whose real name is Andre Sutherland. He also won the award last year. 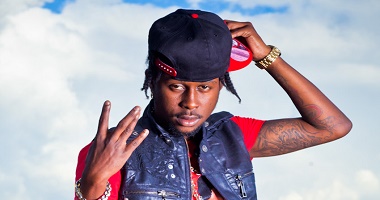 “Much respect to all my producers in Jamaica and England. Nuff respect to all the Popcaan fans. I appreciate the love that I am getting from the UK and I will always make you proud, like how I make Jamaica proud, okay,” Popcaan said in his acceptance speech.

Surrounded by a heavy detachment on stage, Popcaan added: “Big up Unruly Entertainment. This is my second MOBO award and I wanna say thank you to my fans. Without my fans there would be no MOBO.”

Alkaline, Kranium, Spice and Protoje were the other nominees in the Best Reggae Act category.

In the past two years Popcaan has had a presence on the British national chart. He scored a top 10 hit on Melissa Steel’sKisses For Breakfast, and was also featured on DJ/producer Jamie XX’s I Know There’s Gonna Be Good Times and Aluna George’s I’m in Control.

The MOBO Awards (Music Of Black Origin) recognizes “artistes of any ethnicity or nationality performing black music”. It is billed as the ‘biggest celebration of urban talent” in soul, reggae, hip hop, grime and Afrobeats.