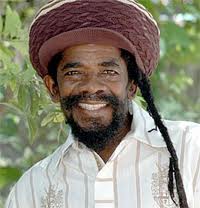 He is a dancehall reggae singer, songwriter and deejay. He made his debut in 1974 for producer Wille Francis with the track titled "Searching the Hills".

He started recording in 1985 but did not gain recognition until in the 1990s when he recorded and released his monster hit single "Rikers Island".

Some of his Most Pouplar songs are:
*Rikers Island

Coca T has released over 21 studio album, the latest was in 2008 on the "Roaring Lion Record Label", the album is titled "Yes We can".

This legendary singer got his name from one of Jamaica's fine tea.

He is well loved by dancehall reggae fans in Jamaica, Caribbean, USA and Europe. In Jamaica they call him sweet sweet cocoa t.