Coalition to Preserve Reggae Music Fires Back At Gay Rights Activists - We work closely with many of the artists in the reggae scene and feel that your constant attack against the artists and the musical genre is unfair and one sided.

Sizzla has not even begun to tour, yet press releases have been sent giving misinformation to the public about him performing homophobic lyrics at 18 other shows recently. The tour has not even started and Sizzla was not booked to perform in neither Canada nor England.

False information is being written to malice and defame his character. It is good to remember that Sizzla has not been arrested, convicted, or charged with any crime and does not have a criminal record what so ever.

He abides and will continue to abide by the laws of any State in the World that he chooses to visit or is invited to visit. It is his nature and his character to respect all. 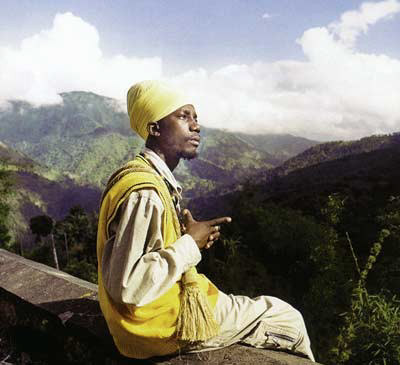 Sizzla and all human beings are entitled to freedom of speech, freedom of expression, and artistic freedom as afforded to him by the United Nations Human Rights Council. With these rights he does not seek to incite or provoke violence against anyone, but will continue to speak out against injustices where he sees it.

Sizzla and other Jamaicans will continue to support the laws of their country and are free to discuss these issues in a legal framework as a citizen of that country. If anyone has an issue with that, take it up with the respective Government and which ever laws they make, even if he doesn’t agree, he will abide by. In the mean time, every attempt to sabotage or cancel a Sizzla show is a form of censorship against him and the musical genre.

Sizzla is a product of his own community, which is very much marginalized, poor, lack of resources, and youth programs. He has provided and continues to provide a platform for his community and Jamaica at large, access to community work, health, education, self- preservation programs, and youth development.

Through his Sizzla Youth Foundation, he has done phenomenal work in Jamaica and throughout the world to help raise funds to develop the youth and possibly open doors that would normally been closed. We find it very hard to believe that people would focus so much attention on a Jamaican artist, whilst ignoring the bigger issues of this world such as economic strangulation of the poor, sickness, and hunger.


Why is it after months of promotions and advertisement, some wait till a few days before a show to try to cancel the performance? This is a form of censorship and is designed to create maxim economic damage to the promoters, the artist, the staff, everyone involved in the construction of the tour, and the reggae industry at large. We don't see you attack Eminem or other musicians who make clear stances against these same issues in the hip-hop, rock, and pop industry. It makes us wonder if there is a bigger picture being painted here? Or is it the fact that they just have better lawyers and bigger companies making money from them?

Patois the language that Sizzla uses to express his music are forms of metaphoric and allegoric expression. The messages in the songs are based on words that have been misconstrued and mistranslated. When he or any artists say burn, fire, or kill, they are not literal terms. In fact the words translate to mean several things depending on the context of its use. So when a DJ in the dancehall takes the mic and says kill Sound boy, it doesn’t mean take a gun a shoot the Sound boy.

It means that the DJ is going to win the competition. So interpret at your own risk but understand that in different languages, different words mean different things and Patois is a language very different from English. Historically it was used during slavery to prevent the slave masters from understanding the enslaved Africans as they organized for freedom. Obviously it still is misunderstood and confusing many.

This is one of the main reasons why there is such an outcry against homosexuality because in many cases in Jamaica it has been done where young boys were raped or coerced by tourist into the lifestyle seeking to gain visa or better opportunities. This has also contributed to a rise in gay male prostitution in Jamaica and is prevalent amongst teenagers and youth of Jamaica.

Lastly, Sizzla just recovered from a horrific accident where he almost lost his life. Whilst some groups wish he had died, millions of fans around the world sent messages of support, good wishes and prayers for him to make a speedy recovery. This tour partly represent a thanks for their prayers and love that gave him the motivation to get well.

Let us be clear, Sizzla has a catalogue of over 67 albums and well over 90% of his music is uplifting, positive, speaks of family, empowerment, love, spirituality, and unity. At the same time he is a Rastafarian musician who embraces his faith and plays a pivotal part in the betterment of his society.

What would Bob Marley be today if groups protested against him, keeping him in a box, and preventing him from sharing his music? There are two sides to the story, and yes everyone should be entitled to live and express themselves, but we must be respectful of ALL people’s values and principles.

Thank you for taking the time to hear the other side of the story.

HERE IS THE STORY IN QUESTION