Bob Marley statue to be erected in Zimbabwe

Bob Marley statue to be erected in Zimbabwe - As Jamaica celebrate the birth of world-renowned Reggae icon, Bob Marley today (Tues), a Zimbabwean arts consultant has been given the go-ahead to have a statue erected in his honour. 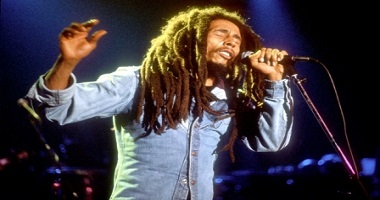 According to a Daily News Live report, Martin Chemhere – after successfully negotiating with representatives of the Marley estate , will initiate the process to curate a statue of the beloved singer.

Chemhere proposes the eight-meter bronze statue be erected at Rufaro (rew-fay-ro) Stadium in Harare (ha-raah-ri) – the venue of Zimbabwe’s historic independence celebrations as well as an iconic performance by Bob Marley and The Wailers to usher the nation’s break away from colonial rule.

Chemhere explained that the reason behind this statue is that of Africa’s more than 50 countries, Bob Marley only performed in Zimbabwe as part of the country’s independence celebrations in 1980.

Marley rejected a fee offered by Zimbabwean officials for the performance at the liberation celebration and, instead, paid all the expenses – to charter planes to transport his equipment, band and entourage from Kingston, Jamaica to Harare (ha-raah-ri), Zimbabwe and back to Kingston – from his own pocket.

In 1978, Marley sang a song titled “Zimbabwe” that inspired freedom fighters and Zimbabweans in the struggle for independence.