Audrey Hall was borin in 1948, Kingston, Jamaica, she began her career singing with Dandy Livingstone in the duo Dandy & Audrey.

They recorded the song "Morning Side of the Mountain" in 1969, the success of which led to an album of the same name. 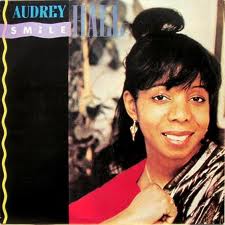 They released a second album on the Trojan label, I Need You. Livingstone also produced Hall's early solo recordings for his Downtown label. Hall worked as a backing singer through much of the 1970s and early 1980s alongside her sister Pam, including on Jimmy Cliff's Give The People What They Want, and Peter Tosh's Mama Africa, but she made a comeback as a solo artist in 1985 with "One Dance Won't Do", an answer record to Beres Hammond's "What One Dance Can Do", produced by Donovan Germain, which took her into the UK top 20.

This was followed up by "Smile" in 1986, which repeated her UK chart success and gave her her biggest hit, and "The Best Thing For Me".

In 1986, she returned to recording duets, with "Heart Made of Stone" and the album Dynamic Duo, recorded with former Paragon Don Evans. She continued to work with Germain, recording for his Germain and Penthouse labels, and released the album Reggae Zones in 2001.