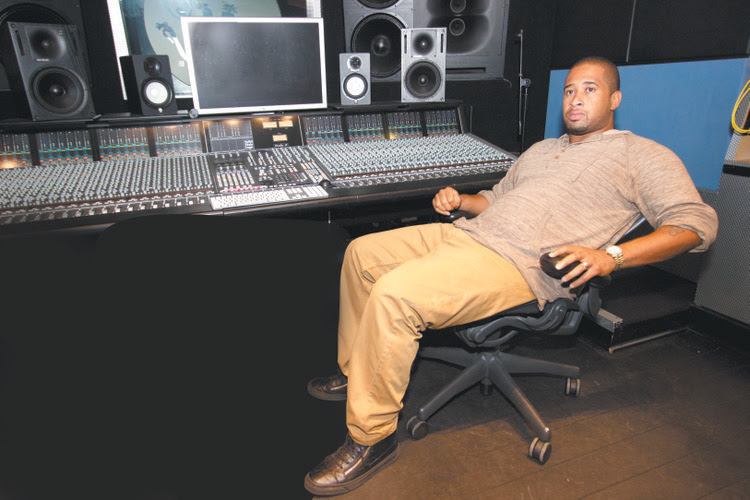 Abebe Lewis is an example of how to use the family business of music to branch into a successful venture.

Abebe's father, Ian Lewis, is the leader of the reggae band, Inner Circle. The band is best known for the "Cops" TV show theme song tune, "Bad Boys." The song, which was very popular during the 1990s, was also used in the Will Smith and Martin Lawrence action/comedy film "Bad Boys" and the sequel "Bad Boys II."

Ian moved to Miami in the '90s and opened up Circle House Studios and that's where Abebe learned about the family business. Abebe not only did music engineering at Circle House, he brought talent both big and small who have produced hits that we still listen to today.

"I have a real good eye for talent, a good ear for music and a good judge of character because of the things I do and the people that I deal with," said Abebe Lewis, traffic manager and engineer of Circle House Studios, which is located in Miami.

Before music, he was a rising basketball star at American High school back in 1994. He attended Florida A&M University for a short period of time before coming back to South Florida.

Lewis got involved with music around the age of 19. He learned musical engineering at Circle House studios in 1997. It wasn't until he met Ted Lucas for the first time that he started inviting music artists and producers to Circle House Studios to do work. Lewis has producer credit for three songs on Trick Daddy's first album, "Based on a True Story." Flo-rida, Trina and Pitbull all created hits early in their careers at Circle House. The latest big hit that was made there was "Happy" by Pharrell.

"When I am in the studio, people tell me to listen to their music. If I get goose bumps, it's usually a hit record," said Lewis.

Outside of music, Lewis promotes clubs. He has partnered with Headliner Market Group to bring some high profile artists like Nas and more to Miami. He learned club promoting and how to fill the room from Peter Thomas of "Real Husbands of Hollywood" and "Real Housewives of Atlanta" fame.

In the early 2000s, "Miami Live" was a party that took place Wednesday nights at Santo Miami Beach, a night club on Lincoln Road in South Beach that has since closed down. Each Wednesday, popular artists performed their hit records with a live band. Abebe teamed up with Producer Derick Baker (aka Big D) and Michael Madd to execute this idea.

Currently, Lewis hosts a music engineering class for aspiring local producers every Tuesday morning at Circle House Studios. He teaches both the technical side of making music but the etiquette, as well.

"It's all about vibe here in the studio. You can teach vibe. When you leave here from the Circle House school, you'll know exactly what to do in the industry," said Lewis.

Current students are exposed to tips and tricks on mastering and tracking music. Not only are the students working on old material from popular artists, they get surprise visits from them, too.
"Last week I was chopping' it up with Abebe. We came into this room and Rico Love and Trina was working in here," said Freddy B, former engineer at Poe Boy Entertainment. "Abebe is a facilitator. He is always dropping jewels on me and I appreciate him for that," said Freddy B.

Some graduates of the engineering class are in successful positions. Ryan Evans completed the class, and now he is working with R&B star Jason Derulo. Ben Billions interned at Circle House, and now he is producing for DJ Khaled.
"Being here has added fuel to my fire. My vocals are now at a higher standard after seeing what they do here," said DJ Fono, a hip Hop-House music DJ from Delray Beach, who is a part of the class.
Lewis' next move is to expand the school. He wants to take more music engineers and other music savvy individuals and make them sought after products of Circle House Studios.