Lloyd D Stiff grew up in Kingston but in 1980 he migrated to the United States with his parents. 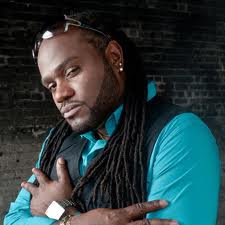 While living in Jamaica, Lloyd had begun deejaying on a sound system in the vein of early front-runners like General Echo and Brigadier Jerry, and when he got to Brooklyn, he found a vibrant dancehall scene waiting for him.

In 1984, a chance meeting with fellow deejay Phillip Brian, aka Dark Vader, who was the 'town's toaster', changed his life forever. The two formeda tight friendship and eventually formed a duo called Space Warriors.

The two began toasting together, supporting and competing with each other at block and basement parties in Brooklyn, until Sir Tommy's sound system recruited them as the resident sound deejays. However, tragedy soon struck when Brian was stabbed to death over a video game.

Depressed by his friend's death, but determined to make it to honour his memory, Lloyd nevertheless ploughed on with his career. Taking the moniker Lloyd D Stiff, he recorded his first song in 1987 for Gyasi on the Witty Label titled Jamaica Girl, written by Phillip 'Dark Vader' Brian.

Although the track was a local hit, Lloyd didn't receive prominence until the monster hit Nuh Lef Yu Condom was recorded and released. In the wake of a virus called AIDS on the rampage and still misunderstood, this track was dubbed the 'safe sex' song and was an instant hit.

He followed up with singles such as Wine Up, somewhat of an answer to Admiral Bailey's Jump Up. His debut album Skin To Skin, produced by Gyasi in 1987, followed, and so did the request for shows internationally.

In 1989, Lloydy broke ties with Gyasi over contract disputes, and started recording for Digital English who released singles such as Rough Winer and Bad Talk. On the strength of these singles, he scored several international gigs.

Lloyd D Stiff was honoured to be the first dancehall artiste to be asked to perform at the Trinidadian Carnival with acts like David Rudder, Marshall Montano, Ricky Jai, Arrow, and many more.

After touring the world and performing with now veteran dancehall and reggae acts like Third World, Mad Cobra, Professor Nuts, Nardo Ranks and more, Lloydy took a hiatus from the business for a few years to raise his family.

His last major performance was in 2004 at Trinidad & Tobago's Passion Of Dance, alongside Slick Rick and Doug E Fresh. Once again, he was the solo dancehall/reggae artiste on the bill.

In 2012 he was back on the scence with the released of his new single 'Call Me' on local independent label Push a Yute Records.

he talented crooner released a video, directed by Deuce Benny, for the Call Me single this week and the signs have been encouraging so far.